Louisiana Creole cuisine is right up there in my top 5 favorites! There is something about that unmistakable flavor that just shouts comfort! There are dozens of Tomato Gravy recipes, a southern farmhouse tradition really, but this is by far my favorite. I have been working on the recipe for awhile now, mostly in my head, Whewwww that’s dangerous.  I bought the ingredients yesterday and I made a sausage version for supper… it was good, not great, but good. I thought it over as I “watched” some late night TV and I think this rendition  is a much better fit for the flavors I was looking for….. very successful! 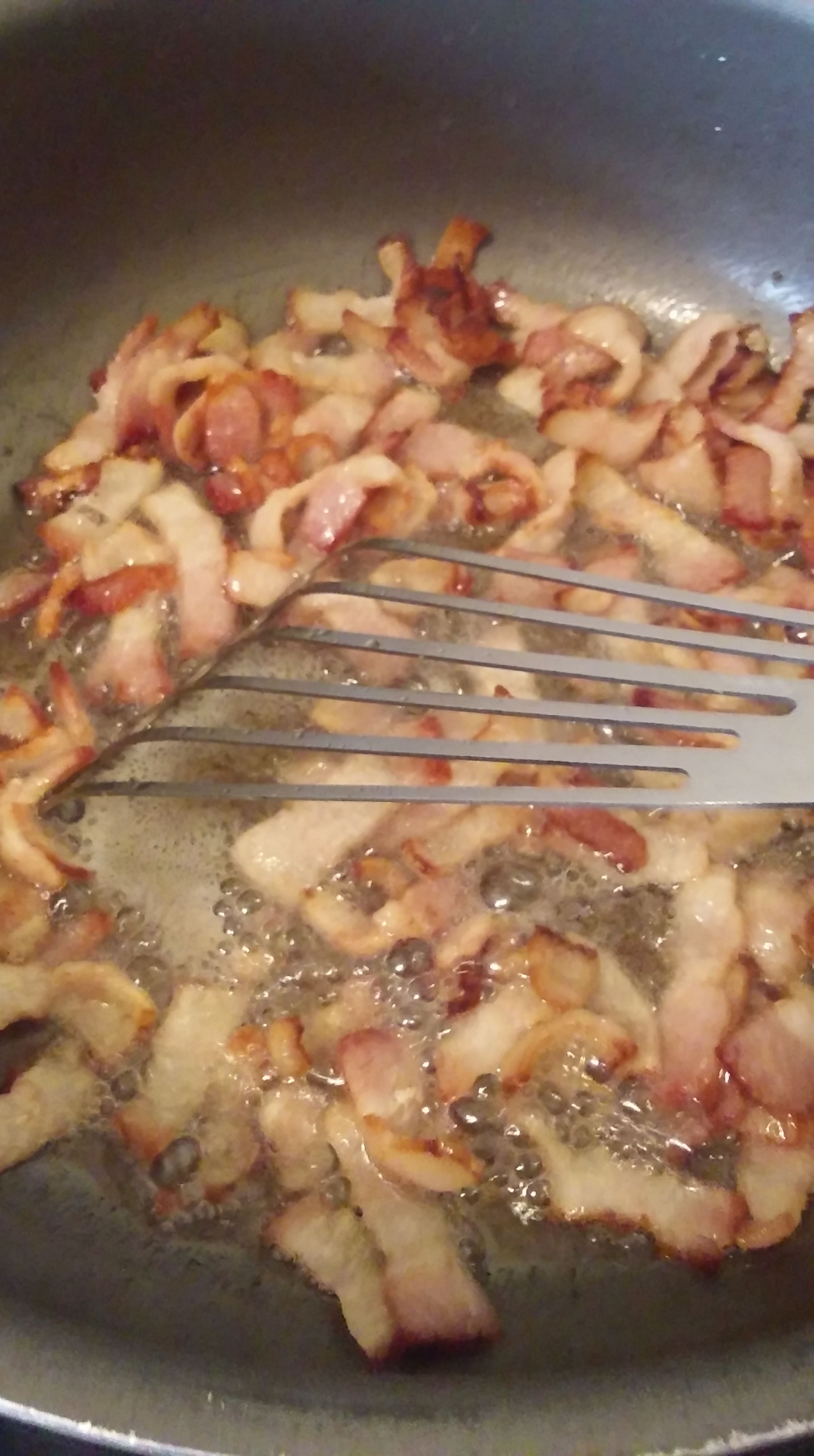 Dice the bacon and add to a deep non stick pan.. render until very crispy. Remove bacon from the pan and half of the fat. 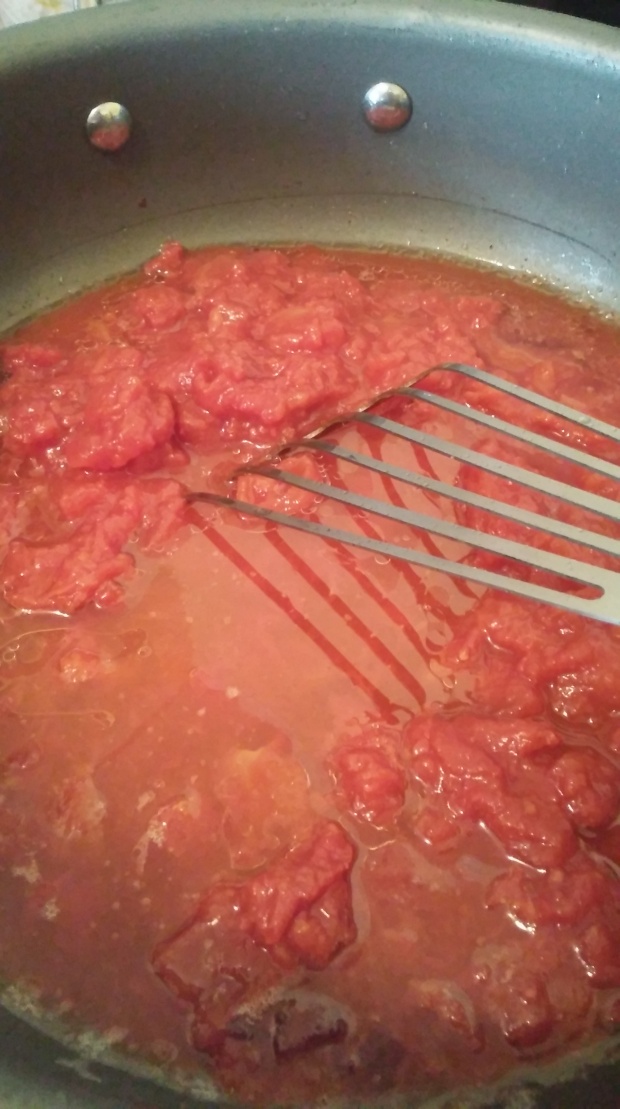 Add the tomatoes and the chicken broth and let come to a slow simmer for about 3 minutes.

Add the Tony’s Creole Seasoning® and the pepper and stir well . Cook for about 3-4 minutes. 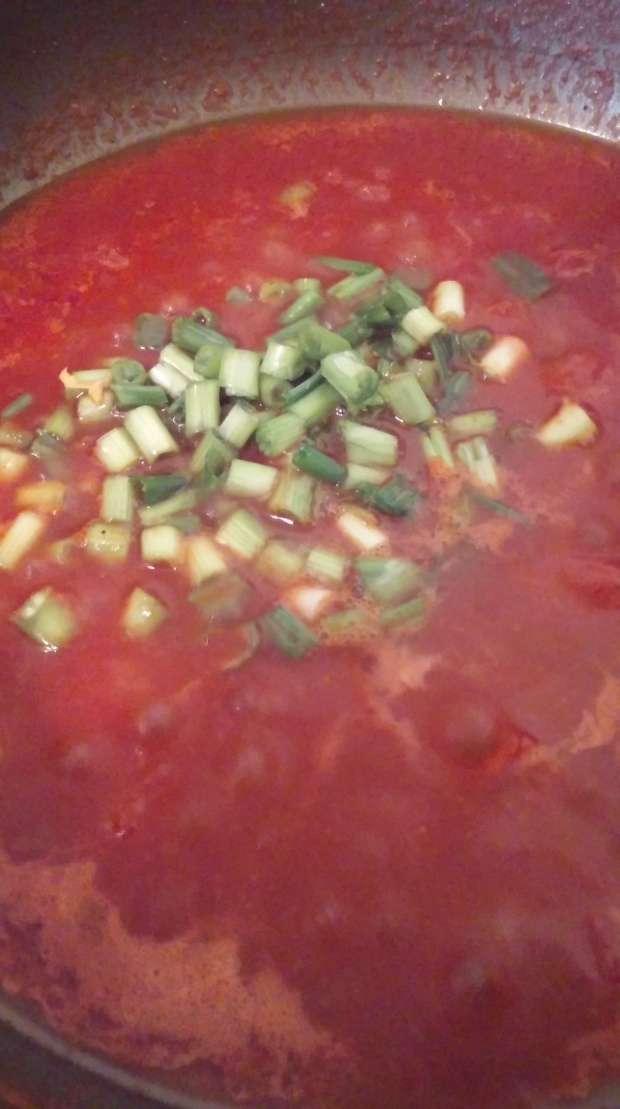 Add the green onions and cook on med-low for about 6 minutes, just long enough for the onions to begin to soften. 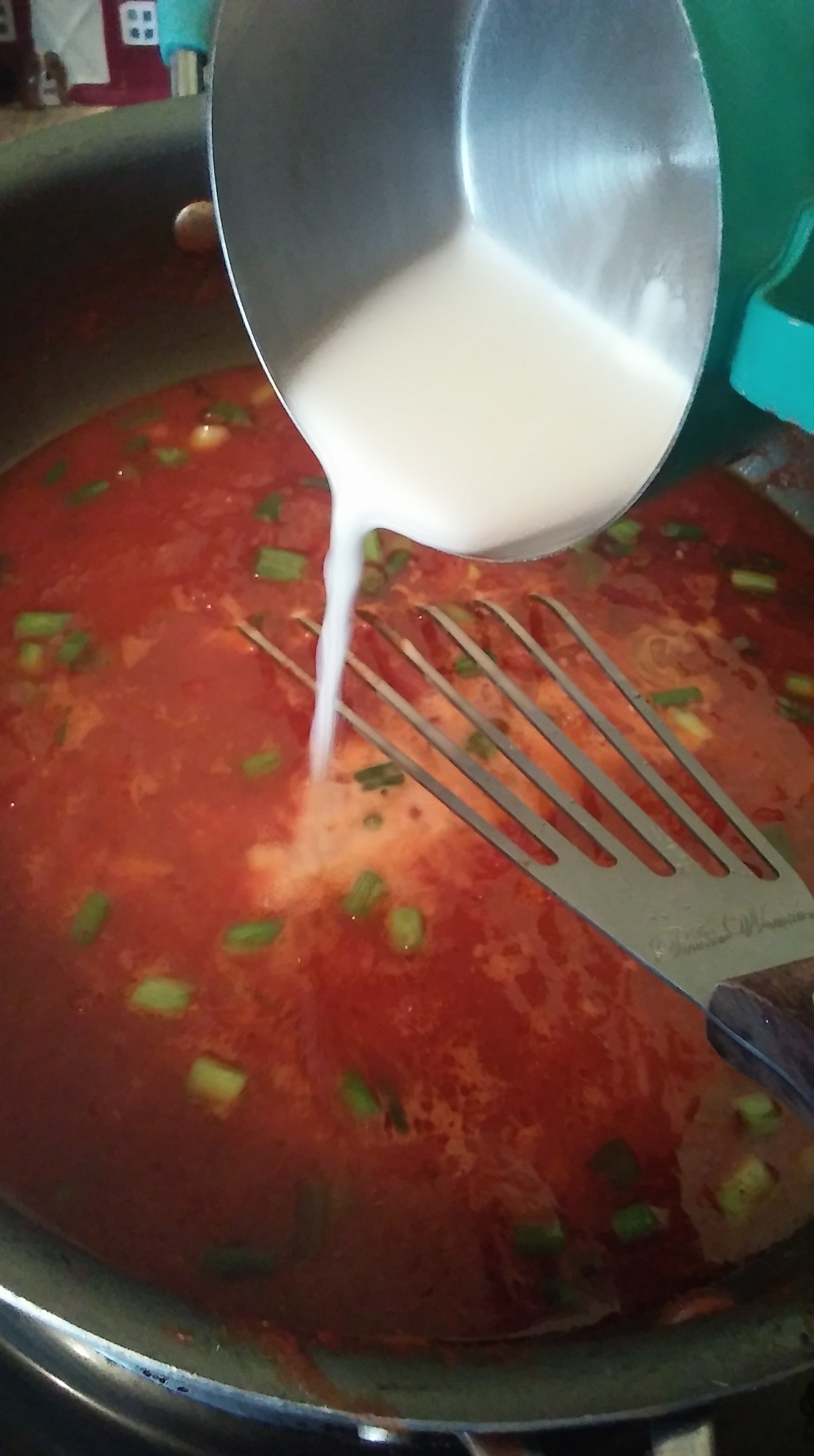 In a bowl add the water and corn starch and mix together well… add to the simmering tomatoes and stir well. 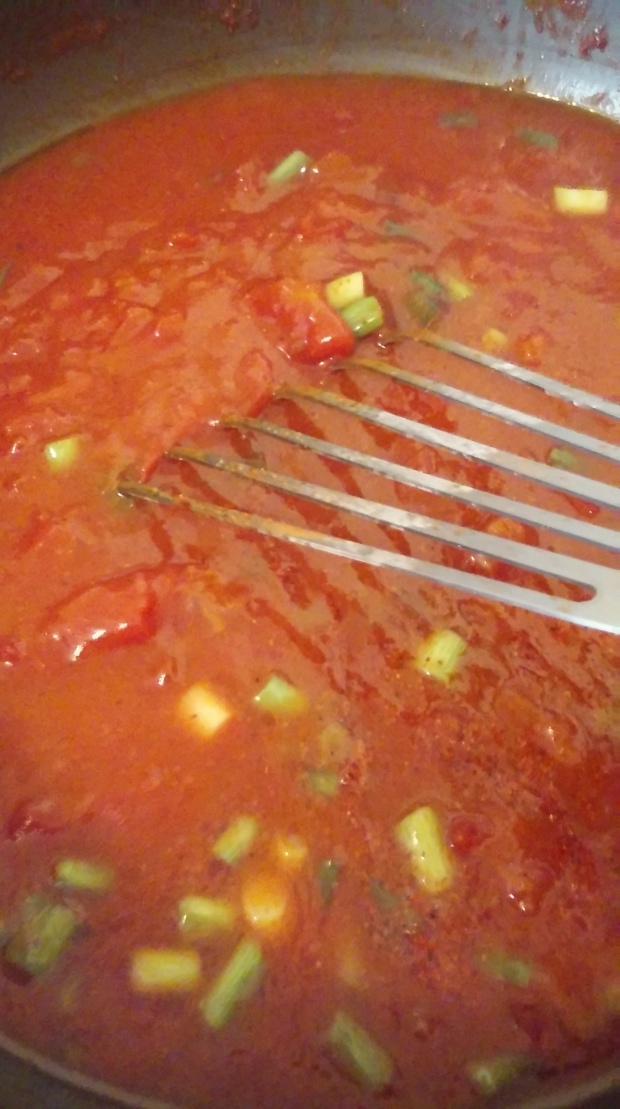 The tomatoes will start to thicken and create a wonderful, silky gravy.

Continue to simmer for about 5 minutes… 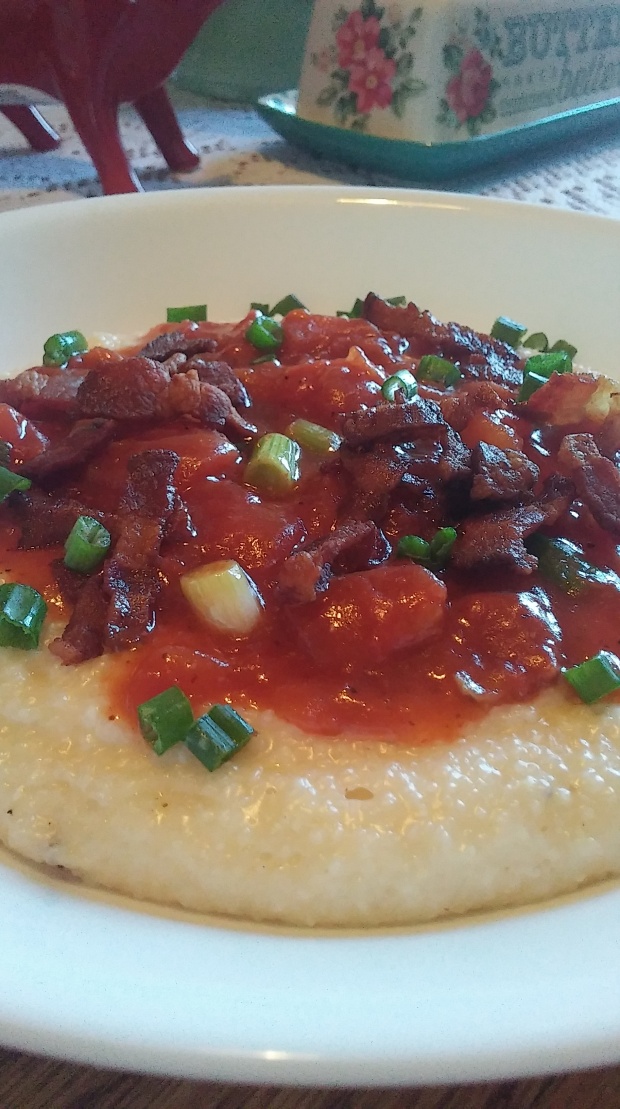 Serve over creamy grits and top with bacon and more green onions.

My grandmother had a similar version and served it over homemade buttermilk biscuits… that my friends, is next!

Bring the water, broth and salt to a boil in a saucepan. Whisk in the grits and continue to whisk for 1 minute. When the mixture comes to a boil again, turn the heat to low. Stir frequently, cook for 10 to 15 minutes…Remove the grits from the heat and add pepper, butter and cheese; mix well. Stir until the butter and cheese are melted.

Hey Y’all! I’m Katt. NC born and raised! Join me in my southern kitchen for classic recipes and a few new ones! also, check me out on YOUTUBE!

posts for the everyday woman

Just A Lady With A Blog
Cooking Adventures

Plowing through Life in the Country...One Calf Nut at a Time

Donald on Dining in and Out.